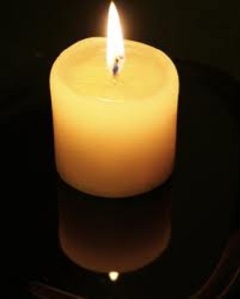 I’m going to start by thinking about the parents of Leelah Alcorn, the Ohio teenager who took her own life at the tail end of 2014. Leelah lived in what is reported to be a conservative Christian family in a small town on the outskirts of Cincinnatti. In a note she had scheduled to be published on Tumblr after her death, she accused her parents of forcing her into reparative therapy based upon their faith, and condemned them for their controlling behaviour.

Leelah’s mother, Carla, issued a statement that both parents loved their deceased “son”, and that, because of their faith, they disagreed with the concept of gender transition.

Both statements have caused outrage, and I imagine the Alcorns, in the midst of their bereavement, are feeling stunned by the ferocity of the media debate. An ordinary mid-Western family suddenly becomes extraordinary with no warning. This interpretation gains weight in the light of a statement by Leelah’s father, Doug, saying they “have no desire to enter into a political storm or debate with people who did not know him. We wish to grieve in private.”

I had a long conversation yesterday with a journalist who happens to have a strong Catholic faith. We were comparing notes with my evangelical background. It brought home to me again that there are many different ways of believing, and each finds the other ways baffling. I can only really explain from my understanding of my Christian background, which I fell into in my teens while struggling with loneliness and puberty.

“Jesus is the answer for the world today” was a common song when I was “born again” in 1977. The drive was to know Jesus better, because that way you’d become more God-like, more perfect. When Jesus was tempted in the desert, he rebuked Satan by use of Scripture, so knowledge of the Bible was inherently important. After all, without the Bible there is very little (if any) proof that the Jesus described actually existed. The core of conservative Christianity is a belief in the inerrancy of the Bible. This appears to differ from the core of Anglicanism or Catholicism, which includes tradition and leadership.

When I started looking at transition in 2003 I was the leader of a cell group in an evangelical house church. Being nearly 40 and with a young family and burgeoning career, the potential losses around transition loomed large. That feeling of entrapment was a large part in my brain freeze, or depression to give it a medical name – a feeling of walking through the world clouded in cotton wool, unable to think about anything for very long because the fear of loss loomed so large. Naturally the place my wife and I turned to was the church leadership, even though I suspected I knew what the line would be, having heard it used against homosexuality so many times in the preceding 25 years.

Initially the leaders were supportive, and encouraging that we could find a way through this. However the line became one where “giving in” to a trans nature was definitely second best and, implicitly, not God’s will. After all, Genesis stated that God made man and woman, so who was man to confuse the issue? However, observation tells us that the world is not that simple. The Bible was silent on intersex issues, yet I knew the Talmud (the basis of Jewish law and read alongside the Torah, the basis of the Old Testament) wasn’t, and I also knew that the translation of the apparently condemning verse Deuteronomy 22:5 wasn’t actually how it appeared. But, they were leaders, I was biased, I was expected to comply with their understanding.

Eventually we got to a point where I was forbidden to go to church as Helen. In Biblical terms I was cast out, although done in such a way that it would be positioned as my choice. Fortunately I had created enough distance by then for that action not to be completely devastating, but it was incredibly painful. Later explanations revealed that the leadership believed that they were answerable to God for how they dealt with my whole family, and they believed allowing me to transition would harm my children. They didn’t want to be responsible for that. They accepted that there was no scriptural basis for their brutality.

This is a typical understanding of the trans narrative, that transition takes place in a vacuum, and that it is an open and unbiased choice – the flip side being that the individual can simply carry on as they are. Except, very often, the individual perceives the choice as being between transition and death, as sadly demonstrated by Leelah Alcorn and too many others. When 40% of trans people report having attempted suicide, and around twice that number report having considered it, it should be obvious what the choice is. It should be remembered that these are just the survivors.

It wasn’t the simple fact that I was trans that drove me to consider suicide at that time. Rather it was the seemingly impossible hurdles that society seemed intent to put in my way. Transition seemed inordinately hard; so hard, in fact, that suicide seemed an equal option. What pulled me around from the railway bridge that second evening in 2003 was the thought that it might be better for my two young children for me to be alive and female rather than dead and male. (It ought to be noted that transition has worked for me – in that I’ve not been depressed for many years now.)

It wasn’t until one of the church leaders heard me say that suicide wasn’t a cry for help but rather a cry of unutterable pain that he realised where I was really at, but the damage was done. Whenever I heard (and still hear) the line that someone shouldn’t transition, what I actually hear is that the speaker would rather see the subject dead. Hardly a statement of love, however you interpret it.

The issue became one of trust. What do you pin your fundamental beliefs on? My experience of evangelical conservative Christians is that those beliefs are based on what they read the Bible as saying. If the Bible says that “God created mankind in his own image, … male and female he created them” then they will understand there can be two and only two genders – any contrary evidence would have to be wrong. Pointing to mushrooms or clown fish is irrelevant, because they are not mankind. Several simply won’t attempt to look at the scientific evidence for other things like the age and size of the universe because their reading of the Bible requires that they believe the timeline in Genesis. To do otherwise would be failing God.

The spirit world, consisting mainly of a battle between good and evil where evil is constantly trying to deceive and derail, seems very real to them, so it’s important to remain true to your Biblical understanding. After all Peter wrote that “your enemy the devil prowls around like a roaring lion looking for someone to devour”, and Paul wrote that “our struggle is not against flesh and blood, but against the rulers, against the authorities, against the powers of this dark world and against the spiritual forces of evil in the heavenly realms”. And Revelation 2 exhorts the believer to be an overcomer, someone who does God’s will to the end, because to do otherwise is not good enough.

My reading is that Doug and Carla Alcorn are that type of Christian. They honestly believe that they are doing God’s will, and because of that they will only seek out that which confirms their belief. The alternatives will seem to them sinful and the work of the devil, and so simply must be avoided and resisted. Trans people will be seen as deceived and doing the devil’s work.

Ultimately, until they have the confidence to move out beyond the wall of belief they have built for themselves, it is fruitless to argue or cajole. The motivation to change, to learn, to grow, has to come from within. In time Leelah’s death might be that trigger, but I suspect it isn’t now.

This means that the focus of anger should not be Leelah’s grieving parents, but rather the arrogant and unthinking practices of the church movement they are in. It seems clear that Leelah was sent for reparative therapy. It failed, as it so often does. The focus of anger should be to find ways of revealing the church movement’s arrogance that they and they alone know God’s will, and that their particular way of reading the Bible is inerrant. As I said to my friend yesterday, the Greek scriptures had very little (if any) punctuation, so on what basis do you decide where the comma ought to go in the sentence “I tell you today you will be with me in paradise” – before or after “today”?

There’s still an evangelical within me. I’m aware that I could be an evangelical atheist, or an evangelical liberal, or an evangelical campaigner on trans rights. Part of my maturing process has been the realisation that there are other views, other ways of interpreting the same raw data, and that I’m not infallible. It’s also learning who to target and when to walk away.

But there is a point where anger grows: anger about lives lost which would otherwise be allowed to flourish; the anger about a belief system which suppresses others who do not share that belief; anger about a mindset that dismisses the reality of what someone thinks because there seems to be no supporting physiological evidence, despite the brain being a physical organ; anger against a mindset that persists in equating being transgender with any number of other criminal acts on the basis that kleptomaniacs or paedophiles “feel that way” too; anger against ongoing media portrayals of trans as undeserving, deviant or comedic; anger against a system that still legitimises reparative therapy as appropriate despite the stacks of evidence to the contrary.

Trans people do not become suicidal because they are trans. Trans people become suicidal because other people try to make it impossible to be trans: unthinking legislation that continually places the rights of trans people as subordinate to the rights of others; patronising treatment models that demand proof of fulfilling whatever the physician deems worthy of proving; the damage of dreams deemed to be more harmful than damage to a trans person’s life.

Trans person after trans person after trans person comes forward stating they have known they were different since they were very young, like Leelah – yet trans issues are deemed to be an adult perversion or as a result of upbringing (when most parents of trans children I know say that it wouldn’t be what they chose but they had an over-riding responsibility to their child). That raw narrative is now seldom learnt even though, not so long ago, it seemed required. Instead it comes from the heart. That raw narrative now rejects a medicalised, binary model. Instead it demands the freedom to be yourself.

Medicine, law and the media have a lot of catching up to do. But it might be that some parts of religion, the parts that insist on a simplistic belief, can never get there.

This site uses Akismet to reduce spam. Learn how your comment data is processed.

← TransDocFail Findings
I fear this isn’t going to end well →